The working life of most people is predominantly spent in offices hence the quality of air that they breathe is very important. Health concerns and low productivity are common problems which can be related to poor air quality.

In order to ensure higher profitability for companies, it is important for employers to provide a good breathing environment for employees. It is not always expensive to provide good indoor air quality, though location is one of the decisive factors.

For instance, different ventilation challenges must be addressed in offices located in a city center when compared to those located on the outskirts of a town. For example the latter may have gases produced via external emissions such as agriculture and factories affecting office spaces too.

Fortunately it is not a very difficult task to effectively monitor indoor air quality and identify undesired gases, thanks to the efforts of sensor and detector manufacturers such as SGX Sensortech.

Volatile organic compounds (VOCs), carbon monoxide (CO) and carbon dioxide (CO2) are the major gases of concern. Carbon monoxide is an odorless and colorless gas generated as a result of inefficient combustion. Therefore, it will emerge as a concern in offices with gas-fired appliances such as boilers.

When the level of CO rises beyond the acceptable limit, people may begin to experience headaches, nausea, dizziness, unconsciousness, and impaired judgement. In some cases very high CO levels even prove fatal.

This may occur when the CO level rises to 800ppm, which is only 0.1% of the gases in a lungful of air. Therefore, it is important to have a simple CO monitor in any office space, or other enclosed area, where fuel burning may take place.

At low levels, CO2 is non-toxic, but can still affect the health and performance of office workers. An increased carbon dioxide level indoors arises due to the fact that there is a large number of people respiring in the office and this can also indicate that there is inadequate ventilation. This will become a challenge as buildings slowly move towards better and more improved insulation and consequently there will be a reduced number of air changes.

VOCs include a myriad of chemicals, and as their name suggests, they are volatile and easily carried by air. However, they are detectable to humans (via our noses) as they have a distinct odor. In a normal office atmosphere, most VOCs found are safe and some of them are even desirable, such as the scent of fresh coffee. This has almost never been considered as an issue; however other VOCs may be harmful to the health of workers and must be regulated continuously.

Adhesives, solvents, cleaning products, and pesticides sprayed onto plants are typical sources of such harmful VOCs. Office equipment, such as photocopiers, may also emit ozone. Whilst ozone is not considered to be a VOC, it may be damaging to humans. It has a distinctive smell which may be familiar to many people, but it is a particular concern to people who have respiratory conditions.

Combinations of these gases can cause a phenomenon known as ‘sick building’ syndrome. This term can be defined as an internal environment where workers find it tough or undesirable to work and is largely associated with the quality of air.

The earth’s atmosphere is 99.9% composed of three main gases, of which two are inert gases and the other is oxygen, which is essential for life. This implies that all other gases would typically account for 0.1%, or 1000ppm, of the air that people breathe.

With a sensitivity of ppm or even ppb, advanced instruments can detect and measure these small portions of the atmosphere rapidly and reliably. However, it is not possible to detect all chemicals in these vanishingly small amounts. A new technology currently being developed holds potential for a much higher sensitivity to a wide range of gases.

The SENSIndoor project is involved in the development of new types of gas detectors using nanotechnology-based intelligent sensor systems for specific rooms and applications. SGX Sensortech is a key member of this program.

Developing smart ventilation systems capable of delivering adequate quantity of fresh air indoors without wasting much energy is one key aspect of the program. Currently, the key reason for poor indoor air quality is that the number of air changes is inadequate as there is a cost associated with heating or cooling air from outdoors and improving its quality to introduce it indoors. 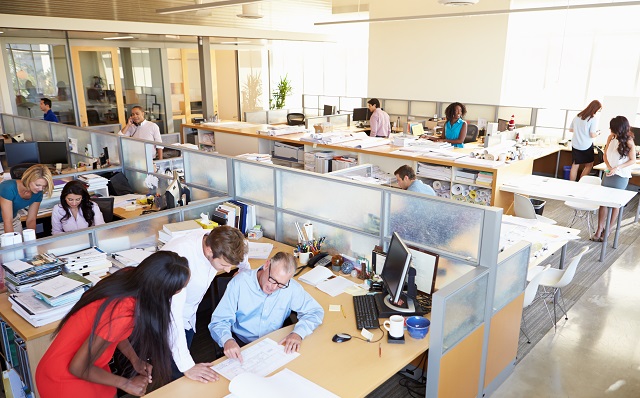