Wearable technology has become something of a buzz-phrase in the last few years, as continuing improvements have shrunk electronic components and computer hardware to the point where they can be incorporated into garments or worn as jewellery and accessories.

At the vanguard of this widespread current interest is the Apple Watch, pack leader of a new breed of smart watch. This iPhone accessory is too new to yet be judged a success or failure, but has certainly focussed attention on the concept of wearable tech.

Another recent example, Google Glass, appears to have reached a dead-end, but rival headset technologies like Microsoft’s HoloLens augmented-reality device may yet resurrect the idea of computing power built into eyewear.

An array of environmental sensors on your wrist

Wearable technology is not really such a new concept, with digital wristwatches being popular for decades and even mechanical timepieces qualifying. But the present digital revolution, and the parallel explosion in microelectronics, looks set to make various types of wearable tech as ubiquitous as the smartphone before long. One fascinating development that has so far gained little attention is the application of new sensor systems to these wearable devices.

Smartphone handsets are festooned with a dazzling array of sensors to collect all kinds of data, from the precise location of the device via GPS to the angle at which it is being held and even the distance to the person using it. Rather than being merely displays of information gathered elsewhere, phones are becoming widespread gatherers of many types of data.

In both the smartphone and wearables markets, the availability of novel sensors is already a major driving force. Health and fitness gadgets, often built into unobtrusive wristbands, may include heart rate monitors, movement sensors, positioning sensors, and other input devices to record performance and calculate energy used.

A further development in wearable devices is expected to be the incorporation of environmental sensors to monitor air quality and other atmospheric factors. Awareness of pollution and concerns over the quality of processed air indoors has led to new interest in this technology, which can be seen as an extension of the popular fad for domestic weather monitoring stations.

Recent developments in sensor technology are making it possible to incorporate new types of atmospheric detector into non-traditional platforms such as watches and fitness bands. SGX Sensortech, a leading developer of innovative solid state gas detection technology, makes a wide range of monitors and sensors which are finding increasing application in portable devices.

Modern solid state and micro electro mechanical system (Mems) sensors can offer a huge variety of detection systems, but not all gases lend themselves to this type of detector. Of interest to the gadget-wearing public, sensors for nitrogen dioxide NO2, carbon monoxide CO, and particulate matter (or soot), all produced during combustion processes, are among those that can be identified and measured using miniaturised sensors. All of these are a nuisance and potential health hazard, and in some cases present a real danger to life. Carbon monoxide in particular is colourless and odourless, and kills hundreds of people each year. Who wouldn’t want a CO sensor and alarm that went with them everywhere?

Rather trickier are some other important pollutants including volatile organic compounds, VOCs, which are sometimes emitted from plastics and office equipment. VOC detectors exist, but are difficult to make small enough, robust enough, and long enough lasting to be incorporated into wearable devices.

It may be interesting to note that temperature sensors are also a major engineering challenge for these devices, as for the most part they will read the temperature of the gadget rather than the environment. That’s why you can’t get a good thermometer app for your smartphone, without also investing in a separate probe.

Nevertheless, the potential for environmental and atmospheric sensing via wearable technology is enormous, and this will have major repercussions on daily life in the foreseeable future. It is well understood that more information leads to better reporting, and soon we may have millions of users continuously recording and reporting key environmental factors such as pollutant levels.

This will make possible incredibly detailed maps and travel advice, and will radically change the nature of weather forecasts. In emergencies such as industrial accidents and chemical spills, this data could become life-saving as authorities will be able to discover safe evacuation routes or offer meaningful advice about whether or not to remain indoors.

The use of atmospheric sensors embedded in wearable technology will therefore become one of the first real-world applications of the so-called ‘internet of things’, in which all manner of devices will be connected. The gadgets of the future will be able to gather data, and share it anonymously for the benefit of wider society, as well as receive and interpret information with a level of sophistication that will make today’s smartphones look like the relatively passive devices they really are. 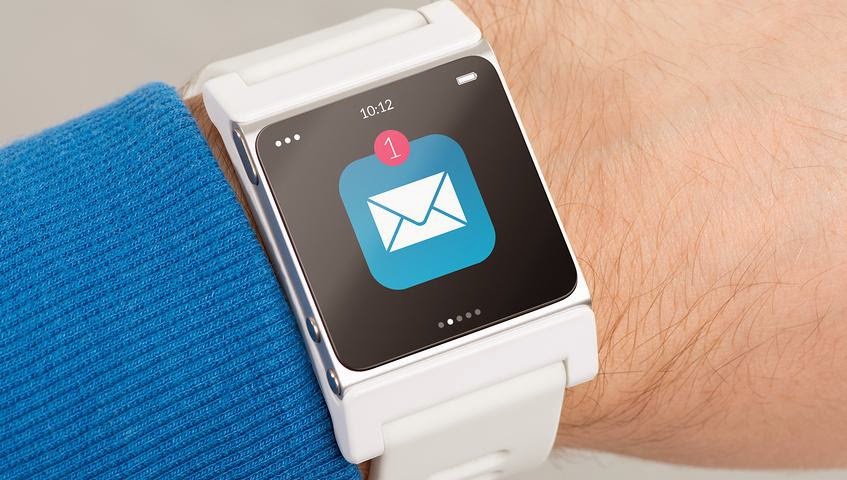